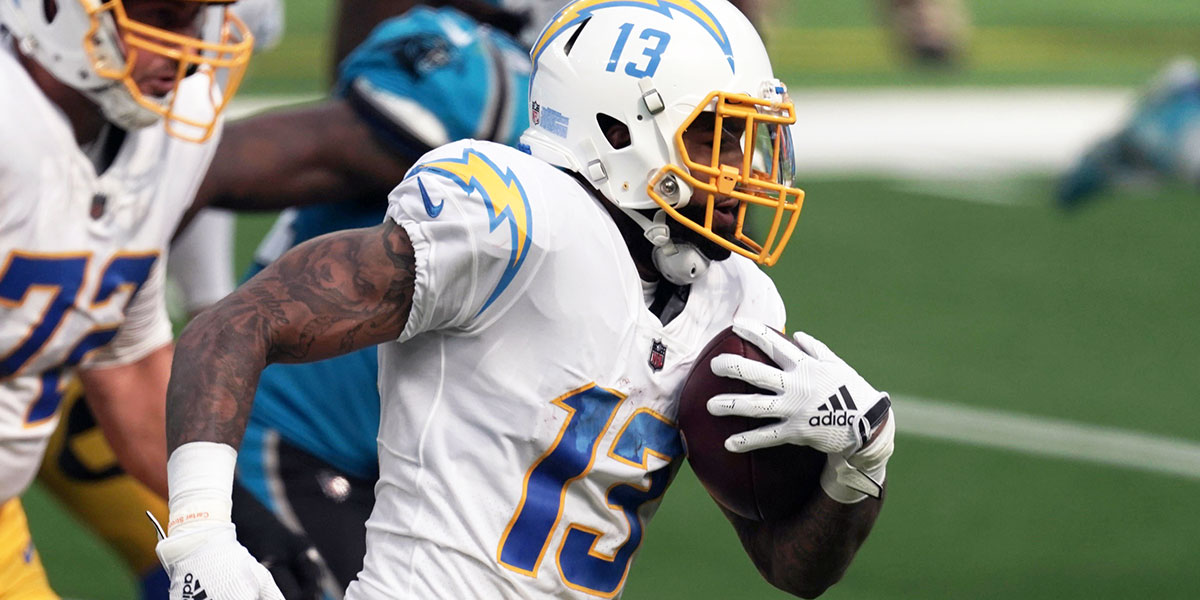 After a really long and eventful regular season, the playoffs are finally here. I have to admit, the fantasy playoffs really let me down. Not in terms of losing, but really in the lack of fireworks from the fantasy studs. I was expecting Justin Jefferson to be the star that he was all season, only for him to be held to one catch for 15 yards in most fantasy league championships. However, it was really cool to see players like Jerick McKinnon and Jamaal Williams become league winners.

Anyways, the real NFL playoffs are upon us and I highly doubt they will disappoint. The NFL season flew by, and before you know it will be hunting for the best Super Bowl promotions and watching $6 million dollar commercials for the big game. So many of these teams could come out and shock the world. Personally, I don’t think there’s a true favorite this season. Sure, there are some real powerhouses like Kansas City and San Francisco, but there are some fringe playoff teams that have shown serious fight throughout the regular season. Who knows, things could get really crazy as soon as this weekend. Let’s have some fun and get bold ahead of Wild Card weekend.

This isn’t too much of a hot take considering the matchup, but it is a hurdle nonetheless. Pressure is mounting for the third-year quarterback to deliver in the postseason. After two seasons of coming up short of a playoff berth, Justin Herbert will finally get his chance. Unfortunately, he could be without one of his best weapons in Mike Williams. However, I still think he has enough to work with to put his team over the top in the Wild Card round. Keenan Allen looks healthy and ready to perform on the big stage, Gerald Everett turned up as the season ended, and Austin Ekeler has been looking like Austin Ekeler. The excuses for Herbert and the Chargers are few and far between. In a road matchup with Trevor Lawrence and the Jaguars, look for Justin Herbert and company to get ahead early and not look back. He should be able to get into a rhythm against a Jacksonville defense that gave up the fifth most passing yards per game this season. The Jaguars came out on top in their matchup with the Chargers in Week 3, but things should be different this time around. I’m expecting Justin Herbert to dominate in his first career playoff game and lead the Chargers past the Wild Card round for the first time since the 2018 postseason.

Seattle gives San Francisco a Scare to Open the Playoffs

Alright, I’m not going as far as to say that Seattle will complete one of the most shocking playoff upsets in NFL history, but I do think they come close. This a division rivalry and I think that gives the Seahawks a little boost in this one. Sure, San Francisco is clearly the better team in almost every way imaginable and that’s why they will eventually win, but who’s to say Geno Smith can’t come close to a miracle? This is more of a gut feeling than a rationale take that should be taken to the bank. I think the 49ers might come into the game a little uninspired and could be caught off guard. We already know the Seahawks will come in with their sights aimed at taking down Goliath. In the end, I don’t think they have enough firepower to actually pull it off, but I do think this has the makings of a textbook trap game. In a contest that is supposed to be a blowout, I’m predicting that the Seahawks come within a touchdown of making serious waves during the first game of the playoffs.

New York Takes Down Minnesota in a Slight Upset

I’m nervous about this Vikings team. Yes, they have a really good offense headlined by a couple of stars, but their defense is just bad. In the regular season, they gave up the second-most passing yards, third-most points per game, and 10th-most rushing touchdowns. There is no real strength on that side of the ball for Minnesota. Even a team like the Giants can have its way with them. The Vikings came out on top in the previous matchup between the two teams in Week 16, but it was one of the many one-score games that Minnesota managed to escape from victoriously. They are not a stable team and I think that could show in the Wild Card round. The Vikings have been known to fold on offense this season and that’s a real possibility this week too. The Giants have a middling defense, but it’s not bad enough to be scoffed at. They recovered the second-most fumbles this season and should be able to force a turnover or two against the Vikings who had the 12th most giveaways. Saquon Barkley will be the focal point for the Giants on offense, but it’s going to come down to Daniel Jones. He has to be able to take advantage of the bad secondary in front of him and move the football down the field. He threw for 334 yards and a touchdown to go along with one interception in the loss to the Vikings this season. It was a respectable performance but he’ll need to be even better in this one. I’m predicting that Daniel Jones leads the Giants to their first postseason victory since the 2011 playoffs by throwing for over 300 yards and two touchdowns while also finding the endzone with his legs.

Case Keenum Finishes the Game for the Bills

No, I’m not predicting that Josh Allen will get hurt or that anything bad will happen to him. I’m simply saying that he will no longer be needed at the end of the fourth quarter when the Bills are winning by more than two touchdowns. I mean, who are we kidding? The Bills have a superstar at quarterback, elite weapons, one of the best defenses in the NFL, and more importantly, some extra motivation to dominate for Damar Hamlin. Meanwhile, Miami is preparing to start its third-string quarterback Skylar Thompson. To make matters worse, they could be without star left tackle Terron Armstead and running back Raheem Mostert. Did I also mention that the game will be played in Buffalo where Miami hasn’t won since 2016? In almost every facet of this matchup, the Bills have the advantage. I can’t make any argument for the Dolphins to even make this a game. It’s the playoffs and underdogs tend to show at least some sort of fight, but it won’t be nearly enough. At the end of this game, Josh Allen should be resting up for the Divisional Round. I know I mentioned “trap game” for San Francisco, but this is a completely different situation. There is no trap game for Buffalo considering the extra motivation from Damar Hamlin. This team is going to put their foot on the gas early and not let up until it’s a blowout that’s out of reach. Case Keenum will appear in his third-career playoff game as Buffalo cruises into the next round.

The Bengals have been one of the hottest teams in football since Week 9, winning their last eight games of the regular season. While others on the team have impressed, Joe Burrow has been the true catalyst of this winning streak. In that stretch of games, Burrow had two separate four-touchdown games and threw for over 270 yards four times. In Week 16, he threw for 375 yards and three touchdowns against a tough Patriots defense. He’s been putting together some monster games and I don’t see any reason why that won’t continue this weekend. Baltimore gave up the seventh-most passing yards per game this season and their secondary is a little banged up at the moment. Despite a lackluster performance against this same Ravens team in Week 18, I’m predicting that Joe Burrow rises to the occasion and delivers a brilliant performance this weekend. I think the Ravens will make this a game considering the division rivalry and how close they’ve played them in each of their two meetings this season, so I’m looking for Cincinnati to have to throw the ball for a good portion of this contest. Burrow will pick them apart with 300-plus yards and three touchdowns through the air in a surprising thriller.

Ah yes, the Dallas Cowboys and the postseason. Such a weird relationship. In a 25-year span from 1970 to 1995, the Cowboys won five Super Bowls in eight appearances while also managing to appear in the 14 conference championship games. What have they done in the 26 seasons since then you ask? Well, they’ve won four total playoff games and haven’t made it past the divisional round. It’s like a switch just flipped and the football gods decided they were done with Dallas. Nevertheless, the Cowboys continue to churn out good teams almost every season, they’re just never good enough to get back to the promised land. However, maybe this is the season in which they turn things around. In the regular season, Dallas was fourth in the NFL in scoring behind only Kansas City, Buffalo, and Philadelphia. Dak Prescott has been struggling lately but has shown the ability to turn up when the lights get bright. Look no further than Week 16 against the Eagles. Prescott threw for 347 yards and three touchdowns against a highly-ranked secondary. It’s not crazy to think that he can break out of this slump and put numbers up against the Buccaneers. It was just last season that the seven-year quarterback threw for 403 yards and three touchdowns against Tampa Bay in the 2021 season-opener. As for the Buccaneer’s offense, they’ve been playing better recently but not against high-caliber defenses. They scored 30 points for the first time since Week 4 in their Week 17 matchup with Carolina. In 17 games this season, they scored over 20 points just seven times. This offense has been bad and they are about to play a very good defense led by Micah Parsons. Tom Brady has never lost to Dallas, but curses are meant to be broken. I’m predicting that the Cowboys finally beat Brady in a nail-biter.