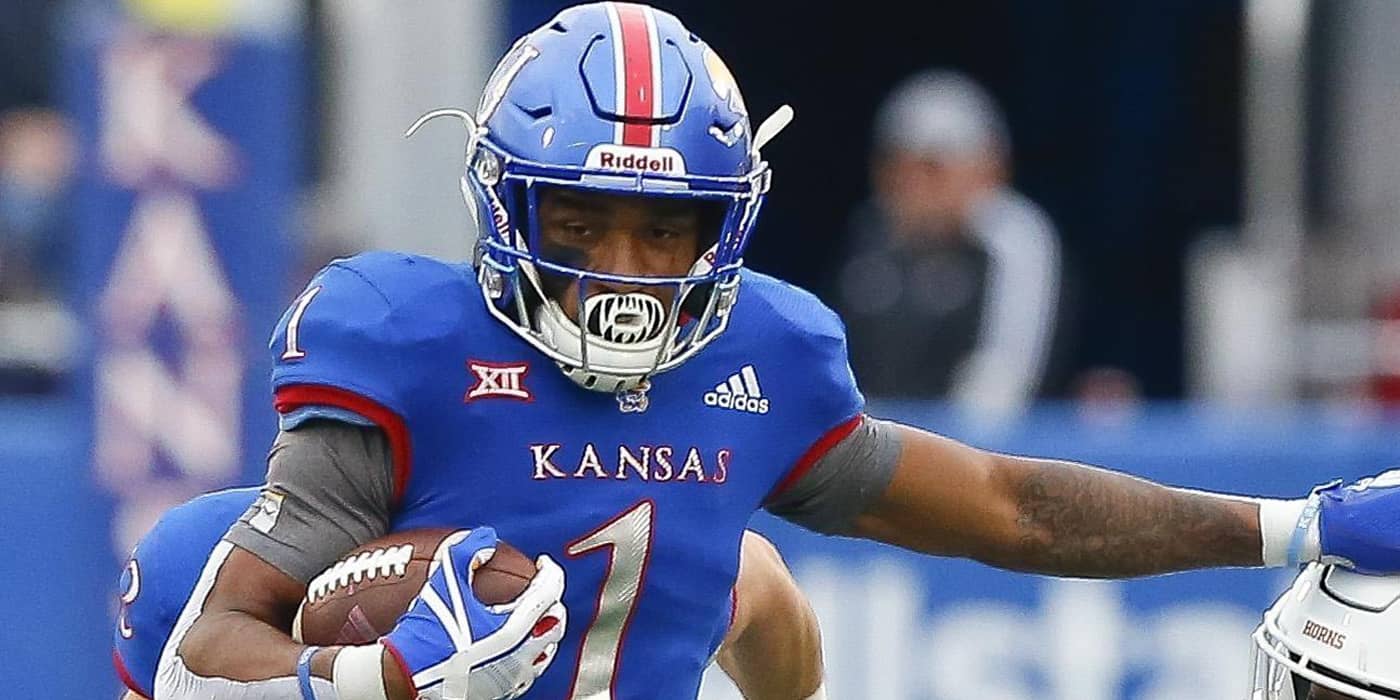 Anthony “Pooka” Williams played 26 games at the University of Kansas. In his freshman year, he averaged 7.0 yards per carry while amassing 1,125 rushing yards.  His sophomore year, Williams rushed for 1,016 yards while averaging 5.2 yards per carry. Last season, he opted out after playing in four games.  In those games, he had 51 carries for 196 yards and two touchdowns.

He also acted as a kick returner for Kansas.  For his career, he averaged 24.6 yards per kick return with a touchdown in 2020.

Kansas pro-day was attended by representatives from San Francisco Niners, Chicago Bears, and the New Orleans Saints. In addition to the drills performed by running backs, Williams was asked to do several exercises as a slot wide receiver.

Williams served a seven-month suspension after being charged with domestic battery in December 2018.  He signed a 12-month diversion agreement in March to have his misdemeanor battery charge dropped.  As part of the deal, Williams must undergo a domestic violence offender assessment, attend an anger management class and refrain from using drugs and alcohol.  He cannot have any contact with the victim.

In all likelihood, Williams will be drafted to play in the slot and returns punts.  He has shown the ability to play receiver.  In his collegiate career, Williams had 66 receptions, four touchdowns, and 534 yards.  Although his catch radius isn’t large, he is good in space on screen and swing passes.

According to withthefirstpick.com, they tout Williams as “the most electric back in the draft,” his long speed is good but not great.  He has shown the ability to identify the blitz and get to the spot, but his only option is the cut block; otherwise, he will get bull rushed. Reinforcing the idea that Williams’ size will be an issue as a fit for an NFL running back.

However, he can make a living as a punt returner and in the slot.

The New York Jets and the Green Bay Packers are a fit for Williams’ skill set.  The Jets were ranked 26th and the Packers 29th in 2020 special teams rankings.  While the Jets have Jamison Crowder as their slot man, the Jets can save $10 million in cap space if Crowder is traded or released.

In addition to improving their special teams, the Packers can utilize Williams in the slot, think Randall Cobb lite.  Allen Lazard played 39.6% of his snaps out of the slot.  Lazard also only played 10 games in 2020 due to a core muscle injury.

Williams’ dynasty value is completely dependent on what team drafts him.  If he is drafted by a team in need of a slot receiver or has a history of utilizing their running backs in gadget plays, he becomes dynasty-relevant.  But if it appears that he is drafted to be mostly on special teams, his dynasty stock plummets.