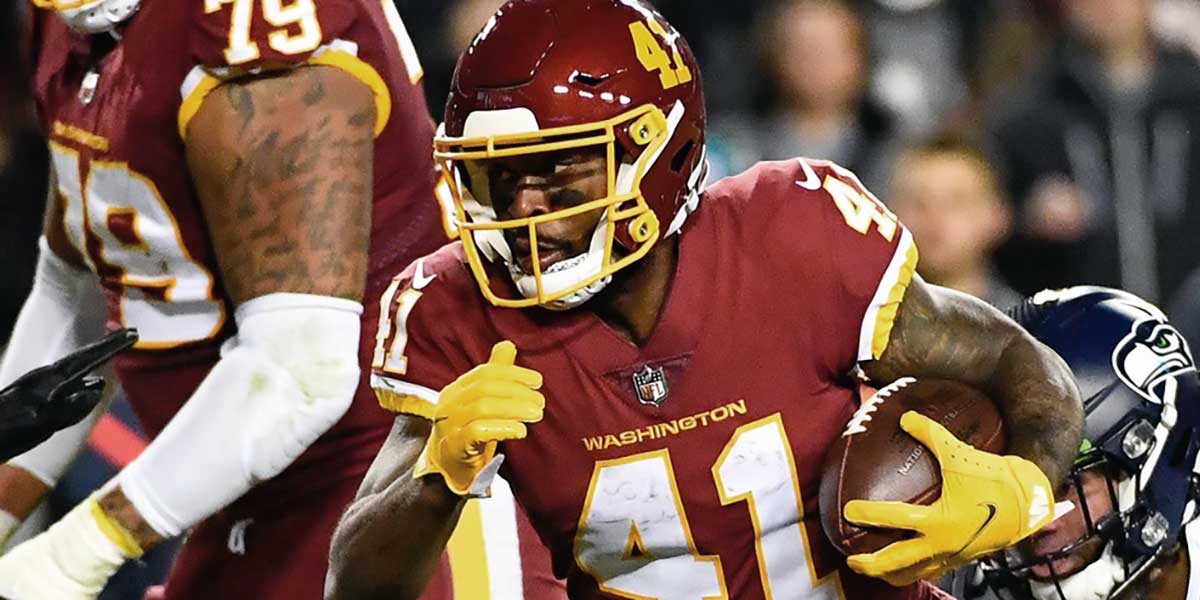 The goal of any draft is to find value, especially in the middle to late rounds. Identifying players who will give you that value is an important step to complete before your draft and will help determine your strategy. First, I look for players Gridiron Experts has ranked at least one round higher than their ADP. After that, I look for players who have the potential to blow up and outperform their ADP by several rounds. Finally, I look for at least one late-round player at the onesies positions (quarterback/tight end) that will allow me to “punt” that position if I want to stock up on running backs and wide receivers. Here are seven players I think will provide excellent value for your team.

Most experts expect Bateman to break out in his second season with Hollywood Brown going to the Cardinals. However, he’s still being drafted in the 8th round. Brown was targeted 146 times and had a 26% target share last season in Baltimore. If Bateman can pick up most of those vacated targets, he’ll finish as a WR2. That’s quite a value for a player drafted as a WR4.

After missing five games with the Arizona Cardinals last season, Edmonds looks to bounce back with Miami. He’s an explosive runner with 18 runs over 10 yards in only 116 carries in 2021 and was on pace to catch 60 passes for the second year in a row. Edmonds should have at least as much of a role in Miami’s offense as he did in Arizona and could potentially finish as a low-end RB2. We have him ranked one round higher than his current ADP.

McKissic is one of the top receiving backs in the NFL and was fifth in receptions among RBs before his injury in week 12 last season. He is firmly entrenched as Washington’s third-down back and should be among the leaders in receptions again this season. The best part is, you can get him in the 12th round! But I’d take him a round or two higher if you need a safe floor in your PPR league.

There are a lot of question marks surrounding Patterson this season. He’s unlikely to duplicate his 2021 stats, but judging by his current 8th-round ADP, folks expect too much regression. He did begin to fade the last three games in both rushing and receiving production, and I do believe Atlanta will manage his touches this season. However, I don’t see how PFF’s second highest-rated receiver among RBs, and the Falcons’ best offensive weapon, can stay off the field for too long. If you’re using the Hero RB draft strategy, Patterson makes a great high-upside second RB at a nice discount, to boot.

Woods should become the Tennessee Titan’s number one receiver this season, although rookie Treylon Burks is being drafted ahead of him. However, Woods doesn’t have to be the top receiver in Tennessee to be a value. His ADP is that of a WR4. I believe he has WR2 upside, and if his ADP stays around the same, he’s a low-cost/high-reward option for your team.

Thomas is a risk, for sure. As of this writing, he’s still not participating in minicamp. There’s a real possibility of missing games at the start of the season, and there’s also the possibility he doesn’t come back and perform like the elite WR he has been throughout his career. He also won’t have Drew Brees throwing him the ball. I understand being hesitant with this pick, but in the 6th round, I’m willing to take that gamble and draft a potential WR1/league winner.

Okwuegbunam is getting high praise from some of the top fantasy experts. Unless his ADP rises a few rounds, Okwuegbunam could be the steal of the draft. He’s a perfect player to draft in the late rounds if you missed the stud tight ends or are looking for a second tight end to back up your starter. I think he has legit top-8 potential at the position. In the 12th round, it’s a dart throw anyway. Okwuegbunam is my favorite late-round target.