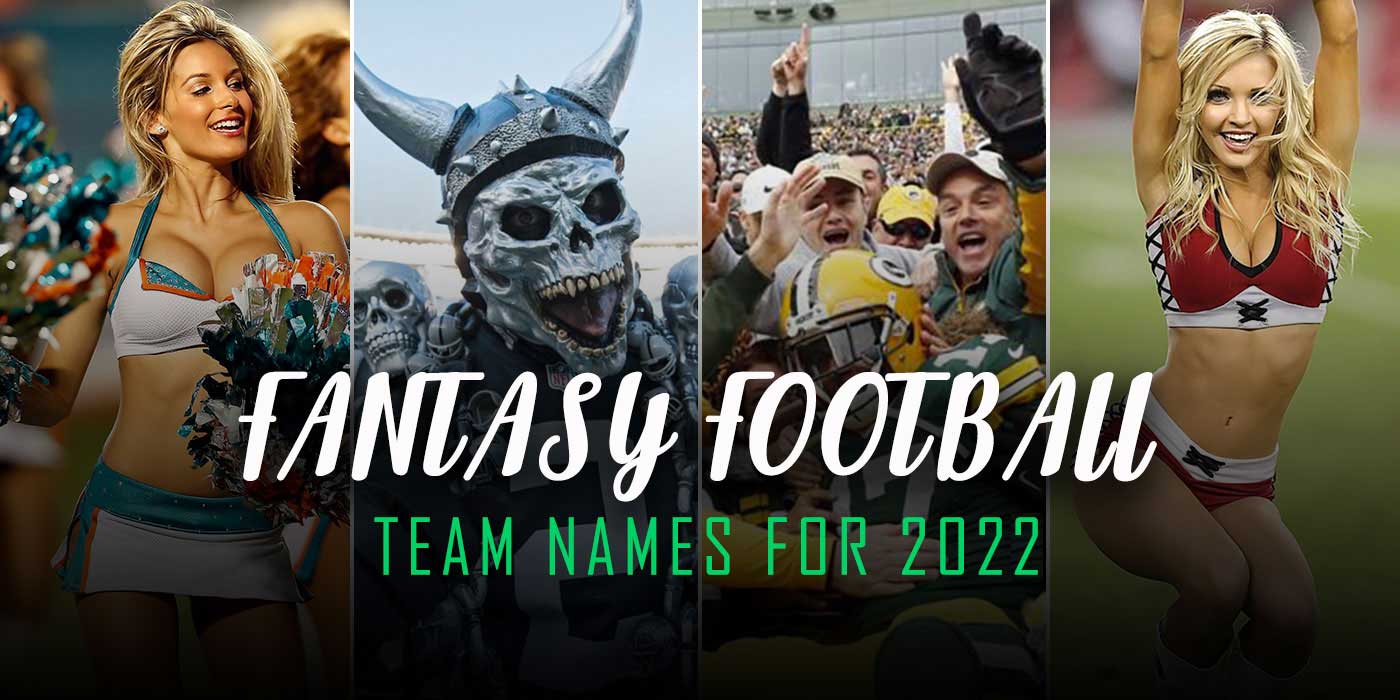 After you have your Fantasy Football Draft, you need to name your team, but coming up with a name is harder than you think. You want a team name that makes the other managers in your league laugh but still respect you throughout the NFL season. You want to be funny yet feared. You don’t want to set yourself up for any potential trash talk. That is why I have compiled a list of 50 funny fantasy football names for 2022 that I’m sure to make things easy for you.

But First, Why Is It Important to Name Your Fantasy Team?

Some fantasy owners believe that naming your fantasy team is a lot like naming a boat. There are some superstitions involved. For example, some believe that whatever name you decide on, you need to stick with for as long as you own that team. Changing your team name mid-season can be viewed as back luck. I for one tend to agree with this, however, I will change my team name to “The Walking Dead” or “Meat Wagon” at the end of the season if my fantasy team is injured and has no chance of making it to the post-season. But for the most part, I try to never re-name my fantasy team mid-season.

The best funny fantasy football team names are usually inside jokes with your buddies or league owners. Although off-the-wall wacky names are good too. If your league is an office pool, it would be smart not to pick names that are too vulgar or offensive. The league owners may not mind, but you want to be able to use your name in the break room out loud.

A new trend in Fantasy Football leagues is to have a theme for a season. Like Game of Thrones, Star Wars, or classic old-school TV shows like Seinfeld, or even WWE Wrestling. You can name your division’s similar names or jokes that fit the mold.

Some fantasy managers also go all out and trash talk in character mannerisms when making jokes like Yoda, or use cliche sayings like Macho Man. It can be fun, it can also get old fast, so make sure you stay sharp with your trash talk.

FYI: All the links above are to theme-based team name articles, if you’re thinking of a play-on-words character team name, we should have some good suggestions for you.

Where Can I Join More Fantasy Football Leagues?

Finding a fantasy football league isn’t that hard these days, You can use Twitter and meet people that have established leagues with open spots or just looking for new leagues that are about to start up. There is also a really great Fantasy Football community on Reddit, with thousands of NFL Fantasy fans talking about players, league formats, rules, and more. There you should be able to find a league that is looking for people to join. However, sometimes it takes a little digging as that forum tends to be more about Fantasy Advice. Another option is to look on Facebook. This is my least favorite social platform, but you can still find active Fantasy Football Facebook Groups there. You could also find friends or co-workers that would join a league with you. Just be active and post something