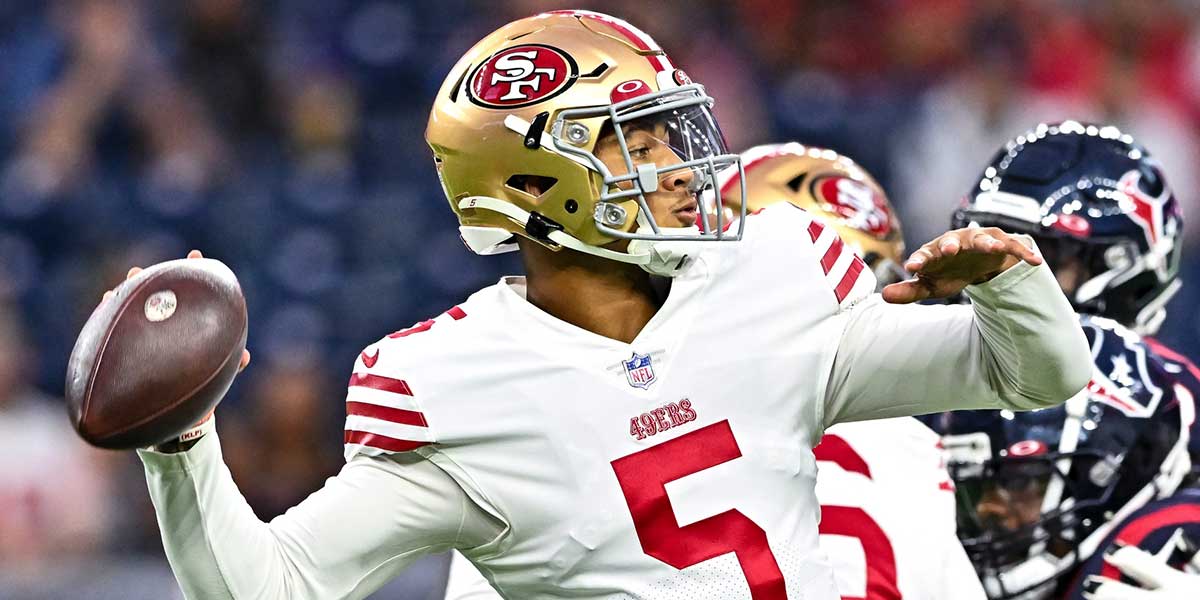 This is the best time of year to get in on some action for your favorite players and teams for season-long NFL future and prop bets. As the sports betting community grows with every year, more and more fun bets become available. Someone told me the other day there is NFL week 18 odds out already ready or that you could bet on who will be the worst team in the league.

Fournette rushed for 812 yards last season before missing the last three games with an ankle injury. The Buccaneers showed their faith in Fat Lenny by signing him to a new three-year deal and letting Ronald Jones walk. Rookie Rachaad White could see a significant role on passing downs, but I don’t expect that to take away from Fournette’s rushing attempts. Conservatively, Fournette should get 200 rushes and he only needs to average 4 yards per carry to reach 800. Those are floor numbers in Tampa’s high-scoring offense. I’m projecting 893 yards on the ground, which is one of the highest “over” percentages I’ve projected for running backs this season. Favorable odds on the top betting sites make this a good value bet.

Akers is one of the more polarizing running backs in the NFL. He’s the lead running back in a great offense, but after his return from an Achilles tear last season, he was inefficient, averaging 2.6 yards a carry and losing some costly fumbles in the playoffs. His early return from the injury could be blamed for his performance, however. Akers also has some competition in the backfield. Rams Head Coach Sean McVay, referring to Akers and Darrell Henderson, said, “It’s like we have two starting running backs.” The Rams haven’t had anyone rush for 950 yards since Todd Gurley in 2018 and they finished 25th in rushing yards last season.  There are too many question marks with Akers for me to bet on him being one of the top rushers this season.

At +100 on some sites, this bet is too good for me to pass up. I believe the rumors of Josh Jacobs’ demise have been greatly exaggerated. I think too much was made of his larger-than-normal workload in the first preseason game. I actually took it as a sign that the Raiders are going to run the wheels off of Jacobs after declining his 5th-year option in the off-season. Jacobs rushed for 872 yards last season, even with missing two and a half games. He was Pro Football Focus’ 10th highest-graded running back. Head Coach Josh McDaniels has a history of using multiple running backs, so I do expect Jacobs to see a reduction in workload. But it would take a multiple-game injury for Jacobs not to reach 775 yards. This one is easy for me and it’s one of my favorite bets this year.

Trey Lance ran for 1100 yards in one season as a college quarterback. In the three games he saw significant playing time last year, he rushed for 161 yards on 31 carries. That’s 10 rushing attempts a game! I don’t expect him to continue at that pace, but I also don’t think it will be that far off. 140 rushing attempts with 700 yards is in Lance’s range of outcomes. I have Lance projected for 627 rushing yards, so this is a bet I’m very comfortable making.

Austin Ekeler is mostly thought of as a receiving down back, but he showed last year he can handle a heavy rushing workload. Although Ekeler has said he wants to limit his touches to remain healthy throughout the season, Chargers OC Joe Lombardi says he doesn’t foresee any dip in Ekeler’s usage. I doubt Ekeler will see 200 carries again this year, but if he maintains his career 4.6 yards per carry average, he can still easily get to 800 yards with a reduced workload.