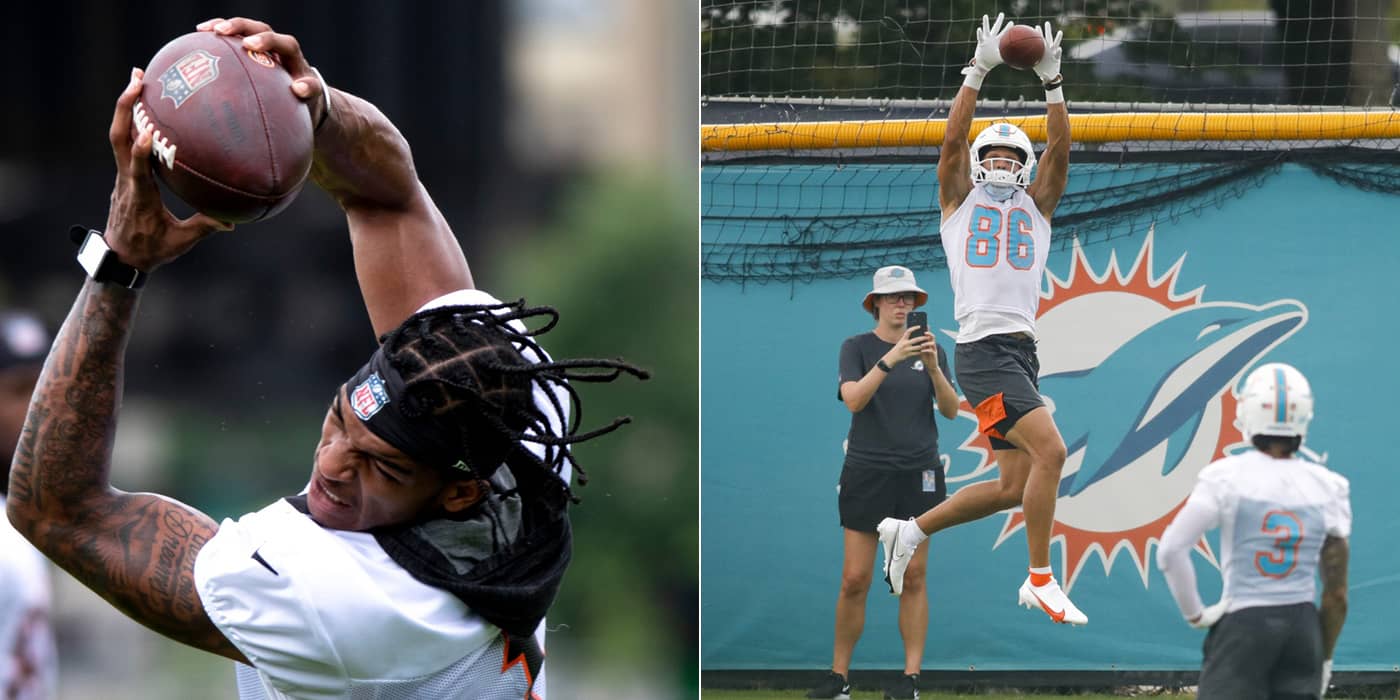 There are a slew of top-tier rookie wide-receivers this upcoming fantasy season. It may be one of the most skilled WR classes in many years. Each of these wide-receivers are in a position to thrive with their new team.

I’ve also included Rookie of the Year odds along with each of the five players, just to give you a sample of how the sports betting industry values these players. One would argue you have better odds with a Spin online casino than trying to guess the rookie of the year, considering these players haven’t played a single snap in the pros, but to that I would say that history has shown us that these young players are entering the league more and more prepared every year. Justin Jefferson is a perfect example of that.

The Detroit Lions reconstructed their WR corps, with a new QB in Jared Goff ready to spread the ball around. The Lions lost Kenny Golladay and Marvin Jones Jr. in free agency, paving the way for Amon-Ra St. Brown to get enough targets to do damage. Goff will also be targeting Tyrell Williams and Breshad Perriman; however, that could open up St. Brown even more because the opposing CB1 and CB2 will likely cover Williams and Perriman. St. Brown is a great route runner — as we saw when he was playing in USC — so look for St. Brown to be involved in the Lions’ offense early and often.

Devonta Smith is reuniting with Jalen Hurts in Philadelphia. The former Alabama duo has reunited in the NFL, and Hurts will waste no time getting his teammate his share of targets. Although Smith may be the WR1 for the Eagles straight off the bat, Hurts will still have Miles Sanders and Dallas Goedert that could split targets with Smith. That is a good thing for fantasy footballers because Hurts will look toward Smith more than any other wide-out, but that also may mean the CB1 on the opposition will be covering Smith. Smith and Jalen Reagor will be a very underrated duo in the upcoming season.

With a rookie QB in Zach Wilson leading this Jets team, Elijah Moore will have extra work to do in order to get his share of targets. Usually, rookie QBs tend to rely on veteran WRs, and the Jets have a couple of veterans in the offense — Jamison Crowder, Corey Davis, and Tevin Coleman. Moore will see targets, but the question is, how many targets will he see? Last season, Crowder saw the majority of targets when he was healthy, now with the addition of Corey Davis, that cuts into Moore’s target share. It should be interesting to see how Wilson decides to spread the ball in that Jets offense.

Reunited yet again. The two record-breaking LSU athletes — Ja’Marr Chase and Joe Burrow, are back together, this time, on the big stage. Burrow and Chase will look to make an impact right away in Cincinnati. Chase will likely compete for targets with Tyler Boyd and Tee Higgins, but because of the chemistry created at LSU, Burrow will target Chase often.

Jaylen Waddle has the potential to be a top-15 WR in PPR this upcoming season. On a team with an improved Tua Tagovailoa and an array of options — Will Fuller, Davante Parker, Mike Gesicki, Preston Williams, and Myles Gaskin, some may wonder how Waddle will see enough targets to make an impact. Waddle is a game-breaking talent, with the potential of being one of the fastest receivers ever. During the draft, his NFL comparison was Tyreek Hill. Waddle will not need 8-10 targets per game to make an impact for the team and those who draft Waddle in their fantasy football leagues.