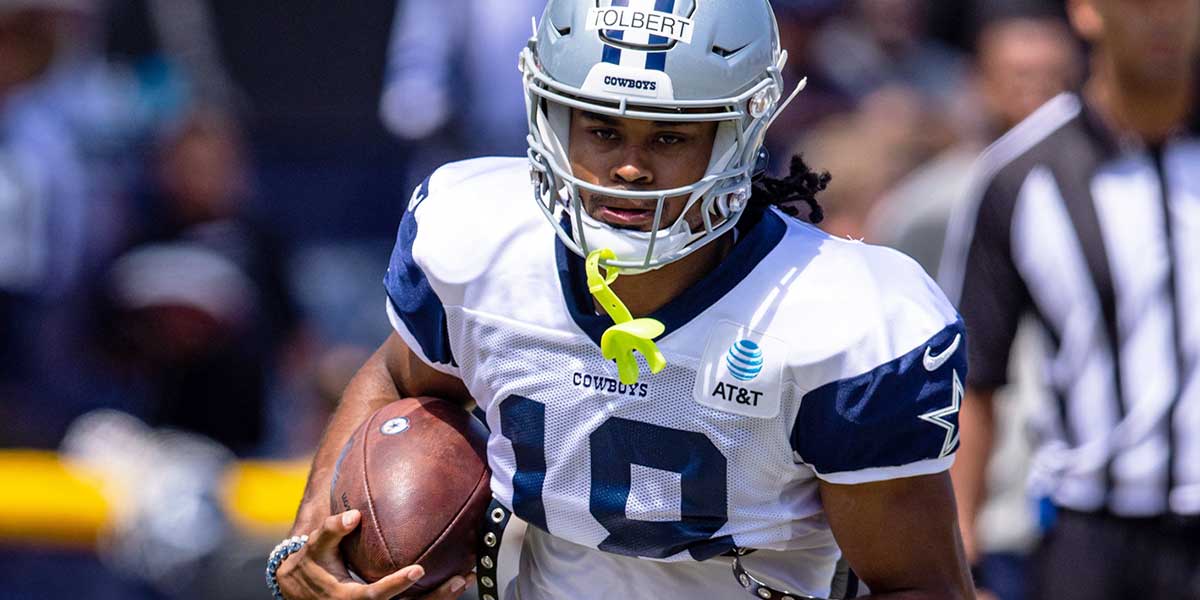 League Winners from the Class of 2022

The draft class of 2022 produced many phenomenally talented players. This draft class has the potential to be one of the most high-performing draft classes of all time. Notable players weren’t only taken in the first and second rounds of the draft, but also during the later rounds as well. Filled with athletic, agile, speedy, strong, and consistent wide receivers and running backs, it took time and hours of film study to narrow down my top five rookies with league-winning upside.

What Do The Odds Say?

One of the best ways to predict just how well a rookie will perform in their first season can be gauged by taking a look at the odds of winning NFL rookie of the year. Betting on the NFL has become very popular over the last few years, and betting odds are an underrated tool for predicting players in fantasy. I’ve added offensive rookie of the year odds to the following 5 players to help show you what the sportsbooks think of their breakout chances this year.

During the 2022 NFL Draft, the New York Jets traded up to select Breece Hall with the 36th pick in the 2nd round. Hall put on the overall best performance out of all running backs during the 2022 NFL Combine. Hall played college football from 2019-2021 at Iowa State University, and following the departure of the Chicago Bears running back David Montgomery, Hall was named the starter as a true freshman. He ended his college career playing in 36 games, with 718 rushing attempts, totaling 3,941 rushing yards, averaging 5.5 yards per carry, and scoring 50 touchdowns.

Hall has the full capability to produce RB1 numbers this year. He possesses the size, speed, agility, and power to take over the NFL as one of the best running backs in the league. On August 11, 2022, the New York Jets announced that they were signing All-Pro right tackle Duane Brown to a two-year contract worth $22 million. This signing upgrades the offensive line which ranked 27th in rushing only producing 1,667 yards last year. This year the offensive line is ranked number 20 in rushing. With the Jets drafting Hall, the offense will change to a run-first offensive scheme, with Hall becoming the main focus. I’m confident that he will finish as a top-15 running back this season in standard leagues.

During the 2022 NFL Draft, the Pittsburgh Steelers selected George Pickens with the 52nd pick in the 2nd round. Pickens played college football at the University of Georgia from 2019-2021. On March 23, 2021, Pickens tore his ACL causing him to miss most of the 2021 NCAA College Football season. However, he returned for the final four games helping the Bulldogs win a national championship against the Alabama Crimson Tide on January 10, 2022, at Lucas Oil Stadium in Indianapolis, Indiana. Pickens finished his college career playing in 24 games, recording 90 receptions, totaling 1,347 receiving yards, averaging 15.0 yards per reception, and scoring 14 touchdowns.

Pickens has all the tools and the attitude to become a league winner this year. The Steelers drafted Pickens to be the star receiver out of the gate. In the first preseason game against the Seattle Seahawks, Pickens caught a pass in the back of the end zone from quarterback Mason Rudolph resulting in a touchdown. That moment is the biggest play in the 2022 preseason so far. After the play was over, social media erupted calling the rookie receiver one of the next stars the league will produce.

In my opinion, Pickens is the best receiver from the 2022 draft class. He has shown that he has the physical attributes and “dog” mentality that will help him succeed in the NFL. Pickens will have an amazing rookie year no matter which quarterback is named the starter, becoming the go-to receiver in Pittsburgh resulting in putting up WR1 numbers in fantasy this year!

During the 2022 NFL Draft, the New Orleans Saints traded up to select Chris Olave with the 11th pick in the 1st round. Olave played college football at Ohio State University from 2018-2021. He originally was supposed to forgo his senior year at OSU and declare for the NFL Draft in 2021, where analyst Mel Kiper Jr. projected Olave as a day 2 draft pick. However, Olave had other plans and decided that he would return to Ohio State for his senior year, stating that “I had a terrible feeling in my stomach,” referring to the national championship loss to Alabama, per Dan Hope of Eleven Warriors. “I just didn’t want to leave college like that.” Olave went on to have a phenomenal senior year at Ohio State putting up tremendous numbers and resulting in Mel Kiper Jr. ranking him as the number 3 overall in his class. Olave finished his college career playing in 38 games, recording 175 receptions, totaling 2,702 receiving yards, averaging 15.4 yards per reception, and scoring 35 touchdowns.

The Saints have trust in Olave as they drafted him with the intent of pairing him with fellow former Ohio State standout and Pro Bowl receiver Michael Thomas. Olave is showing that he is a reliable pass-catching option as he has been performing well in training camp. Olave joins a loaded receiving core alongside Michael Thomas, Jarvis Landry, and Marquez Callaway. With the gunslinging and fearless quarterback Jameis Winston, the sky is the limit for Chris Olave to post WR1 numbers as he is a deep threat receiver and an explosive playmaker who has the ability to beat defenders down the field with his elite speed where Winston loves to throw the ball, resulting in many touchdowns to be scored this season! Olave is also my choice to win AP Rookie of the Year.

During the 2022 NFL Draft, the Dallas Cowboys selected Jalen Tolbert with the 88th pick in the 3rd round. Tolbert attended the University of South Alabama where he played college football from 2017-2021. Tolbert redshirted his true freshman season after suffering a season-ending knee injury. He returned to the field the following season only playing in five games totaling 60 yards receiving, after that, he went on to have a great college career. He was named the Sun Belt Conference Offensive Player of the Year as a senior in 2021. Tolbert finished his college career playing in 40 games, recording 178 receptions, totaling 3,140 receiving yards, averaging 17.6 yards per reception, and scoring 22 touchdowns.

Tolbert is already making his mark in training camp this offseason. The Cowboys love that he possesses big play ability and is becoming one of the team’s most-trusted receivers. He is becoming one of Pro Bowl quarterback Dak Prescott’s favorite targets to throw to. Tolbert is listed as the WR3 on the unofficial depth chart, and it looks like he is in a position to see a lot of playing time this year. The Cowboys WR1 CeeDee Lamb is currently sidelined with a foot injury (foot cut) for the time being, and the WR2 Michael Gallup is coming back from a torn ACL suffered last season and will miss week 1 of this season. This is the opportunity for Tolbert to show that he has all the attributes to be the main receiver in this offense producing WR1 numbers this season.

During the 2022 NFL Draft, the Kansas City Chiefs selected Isiah Pacheco with the 251st pick in the 7th round. Pacheco played college football at Rutgers University from 2018-2021. Pacheco was the starting running back for the Scarlet Knights during his junior and senior seasons and was named one of the six team captains for his senior season. Pacheco finished his college career with 563 rushing attempts, totaling 2,442 rushing yards, averaging 4.3 yards per carry, and scoring 18 touchdowns. He was also a reliable pass-catching back finishing his college career with 47 receptions, totaling 249 receiving yards, averaging 5.3 yards per reception, and 1 touchdown.

Pacheco possesses the size, speed, agility, and awareness of a well-rounded running back. He is the “jack of all trades”, he is a hard runner who can break tackles when running with the ball, and is a reliable pass-catching back who can make contested catches in traffic. Pacheco has the ability to become the Chiefs starting running back this year, taking on a “Kareem Hunt role”, similar to what Hunt did in 2017 which earned him a trip to the Pro Bowl and became the NFL rushing yards leader. I expect Pacheco to take over the backfield this season becoming the sole running back for Kansas City posting RB1 numbers, and a fantasy football league winner in the process!