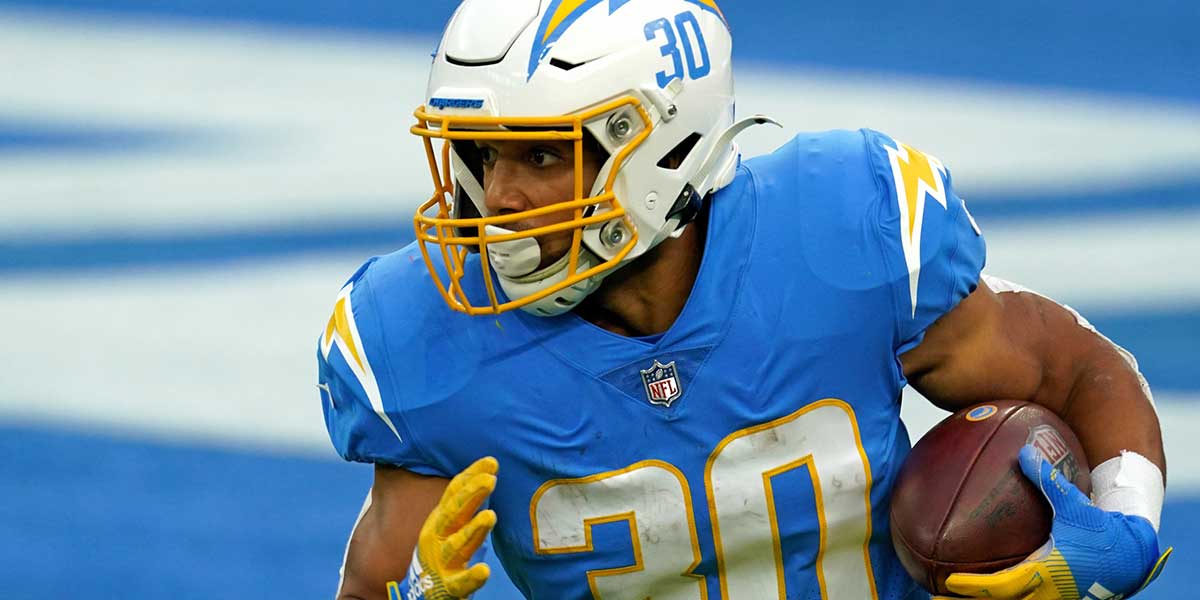 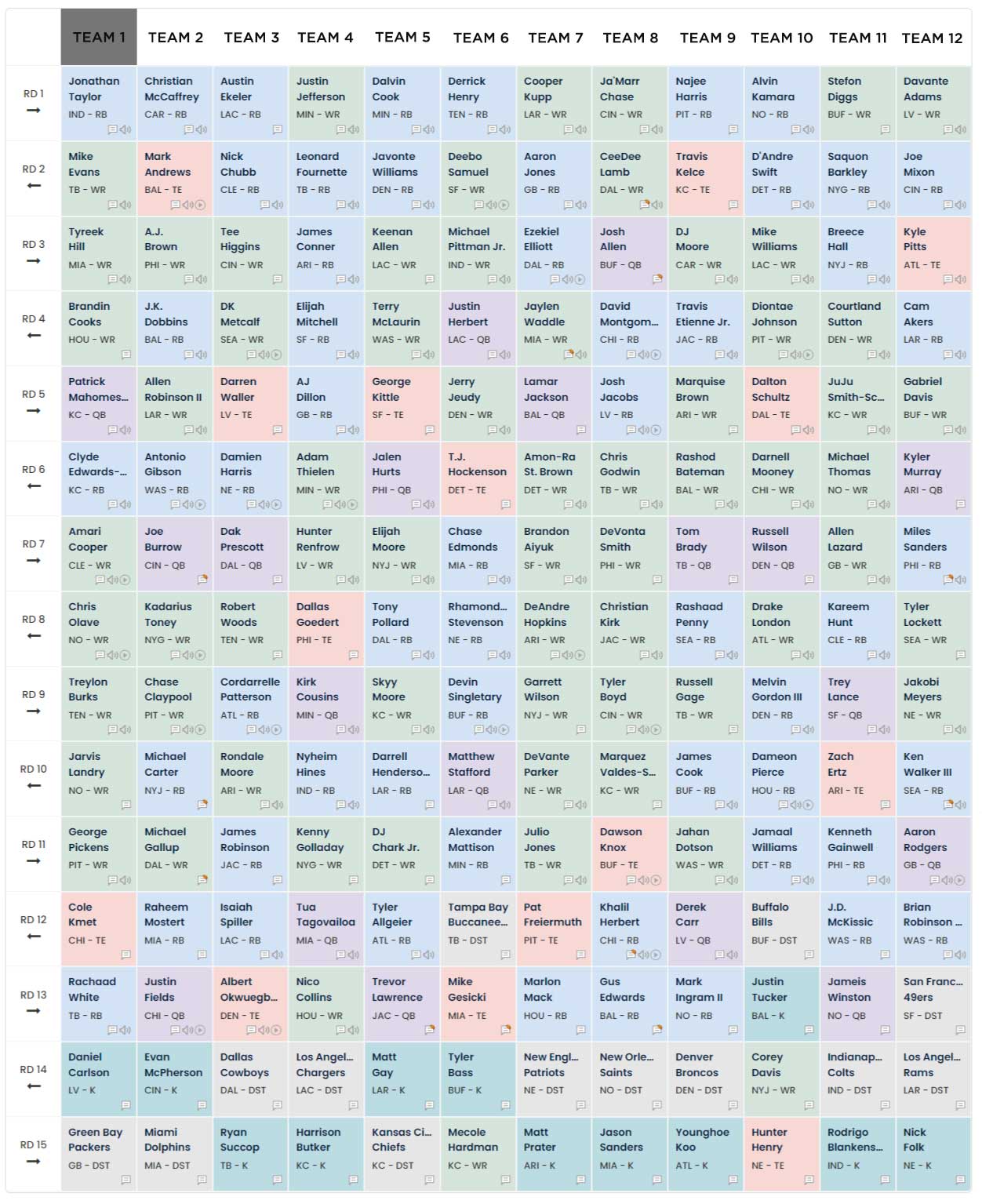 I participated in a mock draft hosted in FantasyPros’ Mock Draft Lobby which allows you to draft against other live opponents. It was a 10-team, 15-round, half-point PPR draft and I had the third pick. We start 1 QB, 2 RB, 3 WR, 1 TE, 1 FLEX, 1 K, 1 Def. You can see the entire draft board here.

I used Gridiron Expert’s freshly updated Top 250 draft list for half-point PPR scoring as my cheat sheet. To me, it’s important to use one set of rankings you trust instead of consensus rankings. While you can draft a fine team using the consensus, the only way to identify true value and sleeper players is to compare one set of rankings against the consensus. We make it easy to find those players by comparing our rankings to Expert Consensus Rankings (ECR) and Average Draft Position (ADP). I’ll also use the Draft Matrix, which I wrote about here, as a guide.

With the top 2 RBs off the board, I took Austin Ekeler, one of the safest RBs in the first round. He finished second in RB scoring last year, and even if he sees regression in his touchdown total, he’s should still easily be a top 5 RB. In the second round, I drafted Nick Chubb, which gives me two of our top 8 ranked RBs. We have him 7 spots higher than ECR.  Generally, I prefer having one RB and one WR after two rounds, but since we only start 2 WRs and it’s half-point PPR scoring, I’m comfortable waiting on the position.

I grabbed my first WR in round 3. Tee Higgins is most likely a high-end WR2, but in this format, pairing him with another solid WR2 like DK Metcalf is a solid plan. Also, Metcalf is a beast! After four rounds, I have a nice foundation to build on.

DK Metcalf, are you studying opposing cornerbacks you are going to face in the Seahawks’ regular season yet?

“Nah. They’ve got to guard me.” pic.twitter.com/GA9Z8JP4LG

These picks were all about value. I took Darren Waller with my 5th pick. We have him 17 spots higher than ECR and he’s our third-ranked TE. The news that Waller might not be ready for week 1 came after this draft, so here’s hoping it’s not a lingering injury that will affect him all season. For now, I would probably avoid Waller until we have more information about his injury.

Damien Harris is one of the best values in the draft. We have him 31 spots ahead of ADP. He’ll be a great flex option for my team. I’m not concerned about Rhamondre Stevenson taking the lead role in New England.

We have a 7-game sample size from last year where Damien Harris and Rhamondre Stevenson were fully healthy.

Y’all are getting too cute drafting Stevenson (RB28) over Harris (RB34).

I drafted Dak Prescott in the 7th round. He’s another player in our rankings way ahead of ECR. As I mentioned earlier, by using one set of rankings, you’re able to find those players that offer value compared to ADP. Those picks are what will separate your team from the other teams in your league and will often give you a huge advantage after the draft.

These are my depth picks. Guys who cover bye weeks and possible flex plays based on matchups. I wrote about Woods and Patterson being underrated in drafts this season. Both are low-cost, high-upside options that could find their way into your starting lineup on a weekly basis. Moore also offers intriguing upside while DeAndre Hopkins is serving his six game suspension and no one is quite sure yet how James Robinson will be used this season. He might have standalone value in the Jags offense, but worst case, he’s one of the league’s top handcuffs.

I drafted some insurance with these picks. Spiller is likely Austin Ekeler’s handcuff, but Okwuegbunam has true breakout potential. Pro Football Focus has both Spiller and Okwuegbunam as top 7 sleepers for 2022.

Our rankings have the Cowboys 28 spots ahead of ECR and Ryan Succop 19 spots ahead, making both good values for those who wait until the end of the draft to take their defense and kicker.