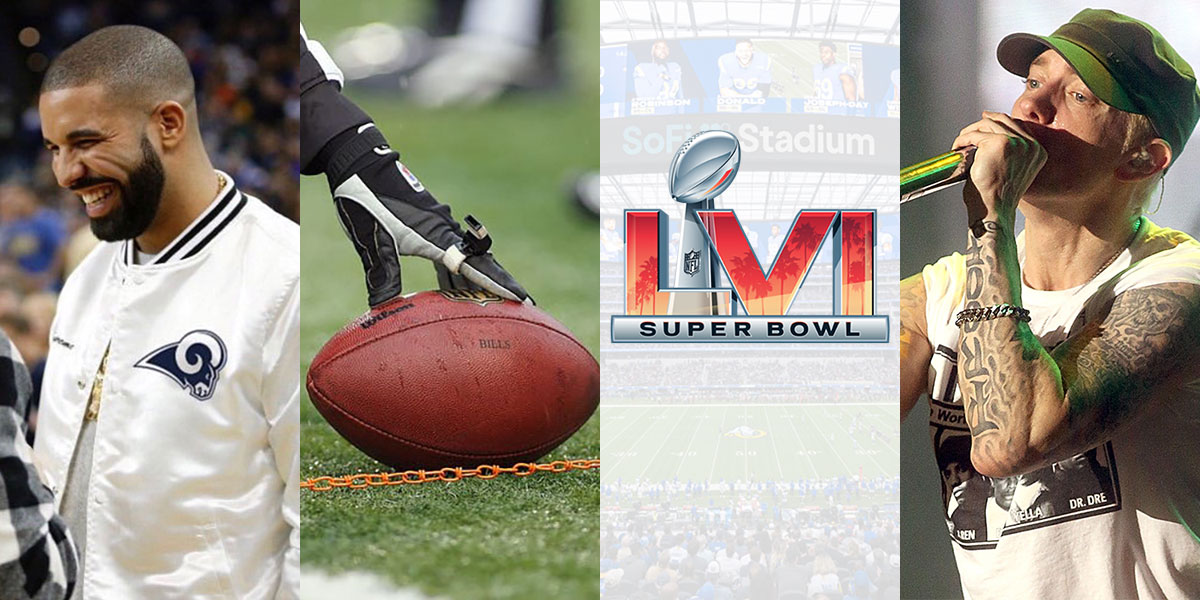 The Super Bowl is big for so many reasons. The players and fans of both teams have their hearts set on being Super Bowl Champions, but there are so many other elements to Super Bowl Sunday. Companies of all kinds dump millions into advertising to capture the world’s attention in hopes of selling their product to the public. This year, a 30-second ad spot at Super Bowl LVI is $7 million.

For comparison, the price has increased by half a million almost every year. But to put things in perspective, the average price of a 30-second ad during Game 7 of the 2018 World Series was just $500,000, while the price for a 30-second ad at the 2019 Oscars cost $2.6 million. That doesn’t seem so long ago, and those price points come and a bargain compared to today’s numbers.

Usually, there are a few big movie trailers that try to kick off the year by building hype for the hottest must-see blockbusters. The art form of a “Must-See” movie trailer can’t be denied these days, yet spending millions of dollars to miss the mark can be crippling. Let’s also not forget about the bars, pubs, and restaurants that fans will be attending all over the world; each host location will have a chance to pull in their biggest single-day earnings of the year.

Yet the real hidden gem of this yearly mega-event doesn’t come with a side of fries.

I’ll admit it: I drop more cash on food, beverages, and “friendly wagers” on Super Bowl Sunday than any other NFL day of the year. But for the big-name online sportsbooks or Las Vegas Casinos, money trades hands like you could only imagine. With bets as crazy as calling “Heads or Tails” for the game’s kickoff, you know if you look hard enough, the insane prop bets will surely be worth a laugh.

However, this is a fun article pointing out some hilarious Super Bowl Prop Bets. I’m not suggesting you should bet any of them. If you do sign up, please use your game sense, and bet responsibly. I researched many providers to bring you these top 10 funny bets for a laugh.

1. The Drake Curse – What Teams Jersey Will Drake Wear?

What’s the Drake Curse? It’s very simple. Drake is a super jinx. If he wears a jersey, poses for a photo with an athlete, or in any way appears to be supporting any particular team or person, that team or person will go on to lose, often against the odds. He’s the new Madden Curse, but worse.

Welp… Look what I found.

Full disclosure, I am not sure if this is a real photo. I found it through a google search of images. However, Drake who is Canadian has a home in Toronto, but three homes in LA. So odds are he’ll be rocking Rams swag.

2. Will A Player Leave The Game and Not Return Due To Concussion Symptoms?

My Thoughts: What a creepy bet!?! Seriously, who places money on rooting for brain damage? Imagine being at a Super Bowl party and hearing someone talk about this: “Yeah I got money on the Rams, the MVP, the coin toss, oh and $50 on someone drinking their meals through a straw for a week”

I’m going to say “No” to this prop bet, for the well-being of the players in the game and to hope this bet doesn’t get traction.

3. Will Any Scoring Drive Take Less Time Than It Takes To Sing The National Anthem?

This is a fun twist on a very common Super Bowl Prop Bet which is usually just how long will the National Anthem of the Super Bowl be, but this prop bet takes the time of the song and applies it to a scoring drive. I like this new concept.

So let’s talk this one out: The odds for Mickey Guyton to sing the anthem is 1 minute and 37 seconds, (this is actually about 20 seconds longer than the odds were for Demi Lovato a few years ago). So let’s say she uses every second and sings the anthem in 1:37 exactly. The Rams scored a touchdown against the Bucs to put them up 17-3 in under that time frame. If you remember, Cooper Kupp caught a pass and took it to the house for a 70 yard TD score. The whole drive took 1 minute and 15 seconds. A pick-6 wouldn’t take a lot of time either and would count as a scoring drive, same with a Kick/Punt return for a touchdown. Simply having good field position could crush this bet, I like it.

4. Which Company Airs The First Commercial After The Coin Toss?

My Thoughts: I can’t imagine any company wants to go first when spending $7 million dollars on a 30-second ad spot. Is there a good time slot to pick? Does being first out of the gate really give you the edge? – I don’t know.

Also, are all these companies confirmed as ad buyers for the Super Bowl? Do we know for sure Skittles bought an ad spot? How the hell do they have $7 million dollars to blow on one commercial? Seriously, what’s the profit margin on one bag of Skittles? $0.50? They’d have to sell millions of skittles just to break even. I get that branding awareness is important, but at least a company like Kia would only have to sell a couple of thousand vehicles nationwide to break even.

I’m confident a car commercial goes first, but I’m not sure which one. 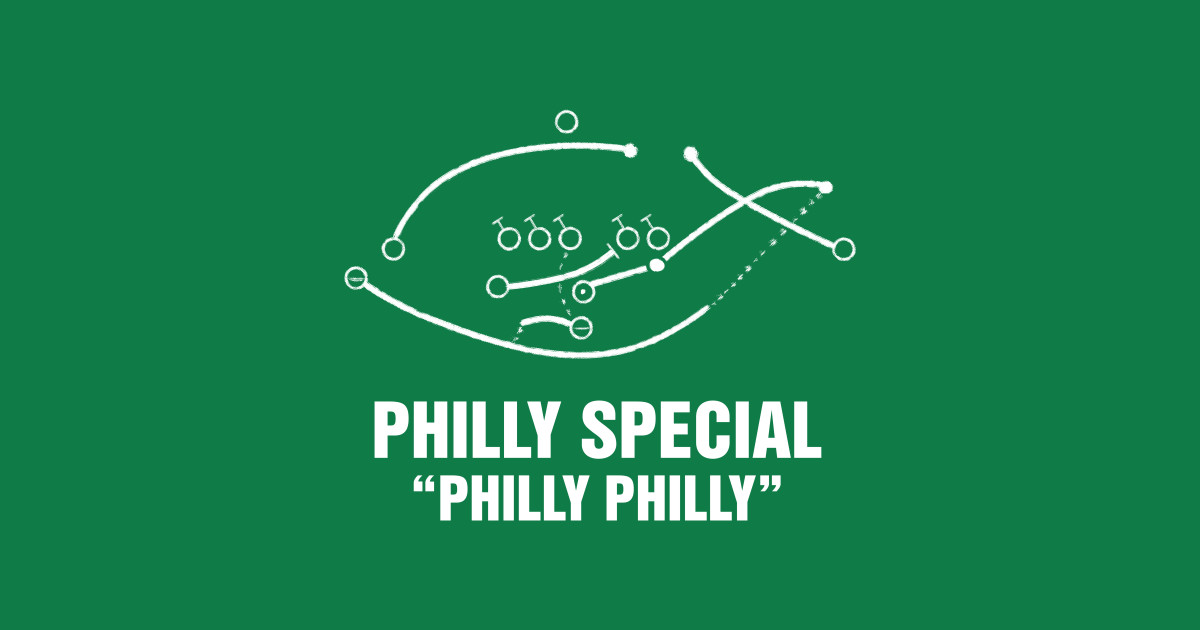 5. Will A Non-QB Throw A Touchdown Pass?

This is a throwback to the Eagles Super Bowl win four years ago. The infamous “Philly Philly” play on 4th and goal versus the Patriots where Nick Foles caught a Touchdown right before halftime. That TD pass will forever be one of the greatest plays in Super Bowl history, but this is the ultimate trap bet if there was ever one.

Except for one 40-yard completed pass from Odell Beckham Jr. to Cam Akers, every pass attempt has come from either Joe Burrow or Matt Stafford. That being said, that one pass by OBJ did come in the playoffs against the Cardinals. So never say never. However, to win this bet, the pass has to be for a touchdown. So even if a team reaches into their bag of tricks for a play that involves someone other than the QB to throw a pass, the result of the play will have to be for a TD for you to win. Suckers bet, hard pass. 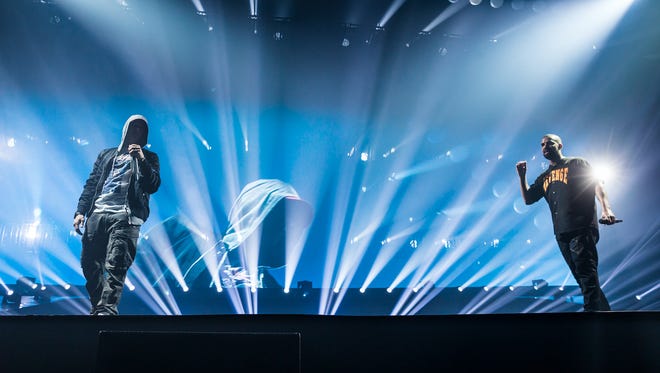 6. What’s The First Song Performed At The Half-Time Show?

At first, I thought “Lose Yourself” has to be the track Eminem comes out to, but now I’m not so sure. These odds are for the first song, and with Snoop Dogg, Kendrick Lamar, Mary J. Blige, and Dr. Dre all performing along with Eminem I could see some sort of collaboration, maybe Eminem doesn’t even come out first.

In theory, the Super Bowl halftime shows usually last between 20 and 30 minutes, so they all have enough time to each play a greatest hit. For me though, It’s all about what song has the biggest impact off that first note. The first song won’t have a slow build-up so “Lose Yourself” at +250 seems like the best bet, but I don’t feel too confident on this one.

My Pick: Lose Yourself

7. What Color Will The Gatorade Be That Is Dumped On The Head Coach?

I think what’s really funny about this bet is the fact that these odds have changed every year. I checked last year’s article and there were better odds for Blue Gatorade. Does that mean I think it’s a better bet? No. Betting on the color of a sports drink is stupid.

8. How Many Times Will The Chains Be Used for Measurement?

This is a new Super Bowl Prop Bet, I don’t think I’ve ever heard of this one before. There is obviously no way to predict this, as they say, it’s a game of inches and it’ll just depend on where the ball is spotted. Maybe there are hardcore sports bettors that know referee tendencies, but I am not one of those people. A measurement happening once seems likely… but twice I’m not so sure. I think I like the Under

9. Will A Kicker Hit The Upright Or Crossbar On A Missed Field Goal or Extra Point?

I love this bet. This is the definition of ridiculous Super Bowl prop bets, but shouldn’t the odds be better? The Ringer wrote an awesome article on just how bad kickers have been this NFL season. There were 21 missed FG’s just in week 5! But missing a field goal or extra point and hitting the actually upright are two totally different things. I tried to search the total number of doinks by kickers this season… and I came up empty. Even if it was 50, would that change my thoughts on the likelihood of hitting this prop bet? -Probably not.

10. Who Will The Super Bowl MVP Of The Game Thank First?

I wish there was an option for the Super Bowl MVP to thank himself, that would be so funny. Of course, Stafford or Burrow would never do that, they are very team-oriented quarterbacks. Realistically you have to think whoever wins will thank either God or his teammates first.

If you find any other funny Super Bowl Prop bets, leave a comment below, I’d love to hear from you.